Follow the Crossword Sale for a new sale every day in January. The sale for January 19 is: Charms and Pendants!

“Ace, Champ of My Heart”

Description from EPBCornell: For my special guy, Ace, turning 9 the end of this month. He's half lab(maybe), half basset(definitely), and looks pretty much identical in build to the Lipstick Ranch angel puppy with a labby head, full, long body, but short little basset legs with large front duck-footed paws, black with speckled white across the toes. The rest of him is black (or darkest brown) with speckled white on his chest and belly, and some white in his muzzle, increasing a little this last year. My mom-in-law called him a "sawed-off lab." It's actually pretty adorable. He still rockets around on his short legs with blazing speed, chasing bunnies and squirrels, fetching balls. He loves treats, but sometimes will only graze on his supper, saving some for later or the next day, unless it's suped up with trimmings from his Mama & Papa's dinner or leftover meat, a broth reduction or some gravy, in which case he'll crush it without taking a breath between bites. Then in a few minutes, out the door and to the woods off the sides of the yard for a curl up to take a superpoop, which gets rewarded, of course. He does such good work! Good boy! A loud barker attuned to vehicles coming to our house alone at the end of a dead end street, he sounds like a giant menacing defender, but the toughness ends there. As soon as he gets to sniff you he's just curious and friendly. And he is no tough guy when it comes to thunder, fireworks and other loud noises. July 4th at dark, hunting season, and when the corn is high and other crops nearby are reaching harvest and the farmer has set a cannon or loud rifle to go off every 6 minutes to keep the birds and vermin from eating everything, Ace spends a lot of time shivering in the back of his covered kennel, inconsolable. That last is the worst. It goes on all day for weeks and we can hardly get Ace out the door to do his business-- he won't go out; he doesn't trust it. It tears us up. But we know the farmer can't afford to lose the crops either.
Enough. That's all about my little guy. Thanks for letting me share.
Feel free to tell me all about your special furchild. 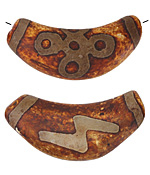 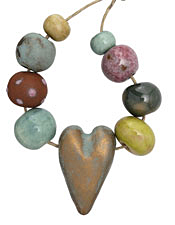 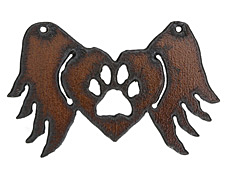 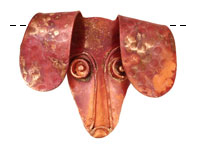 The Fresh Pick on this page was designed by a customer. You can design your own Fresh Picks, too!

Or, you can browse more Fresh Picks at Lima Beads.