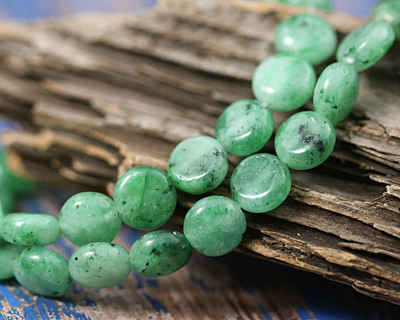 In such a cute shape, these green agate puff coins are a great addition to your next design! Pair with midnight impression jasper, dragon fruit quartz, or magnesite for lively and fun looks.