Don’t miss your chance to get these beauties at a discount! Please note that inventory on some of these items is a bit low and we’re unable to offer rain checks if any of them sell out. At midnight on Sunday May 2nd, prices of these items will go back to regular price, which will be reflected in your shopping cart.

We’ve also added some incredible gemstone beads to the shop this week. The pink shell is fabulous for summer and the cuts of ametrine, hessonite, and yellow smoky quartz are simply stunning.

In December, we told you there were Three Lima Babies on The Way. Andrew, Matt, and I all got new baby boys within a 3 week period! It’s been a crazy time, but everyone is doing great.

Andrew’s wife labored for 11 hours on this little guy. In January, Andrew moved back to Richmond, VA, so the rest of us haven’t had the pleasure of meeting Douglas yet. Andrew says that he didn’t cry for nearly 24 hours after he was born. The doctors confirmed that he was happy and healthy, just very relaxed and curious about his new world. He still doesn’t cry very much (thankfully) but he can really belt it out when he’s hungry! He’s happy to be surrounded by grandparents, aunts, uncles and cousins here in Richmond. 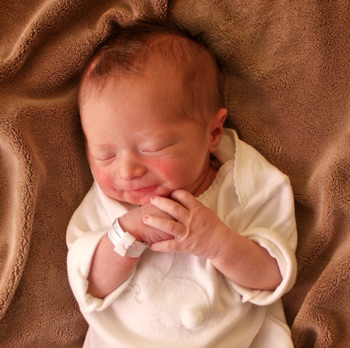 Matt’s wife endured 19 hours of labor. He was born on Matt’s birthday and is a very good sleeper. He takes about a 3 hour nap around lunch, a shorter one around dinner, and only gets up once to eat in the middle of the night. We put him down at 9 and he gets up at 9. Henry is blessed in the grandparent department. The grandparents are always looking for excuses to come visit. For instance, I mentioned that I needed 4 C batteries for his swing. Within a couple of hours, we had 8 brand new C batteries and 4 grandparents over the house. 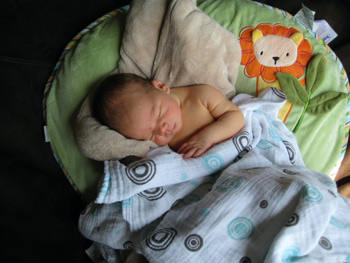 After Ali’s 26 hour labor with our daughter that ended in a c-section, her doctors weren’t messing around. We had a c-section scheduled for 8am, and 46 minutes later, we had our little boy. He’s already the most relaxed person I know. He only cries for a few minutes per day, usually when he’s hungry. If he’s not eating, he’s maxing and relaxing in his bouncy seat. His big sister Payton (now 23 months old) loves him so much. She has to know where he is at all times. Ali is still a bit sore, but we have two sets of eager grandparents helping us every day, which has been a blessing. 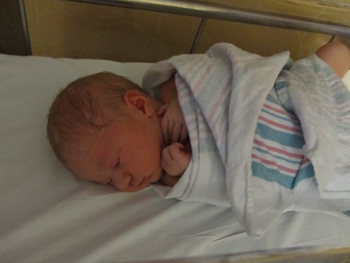 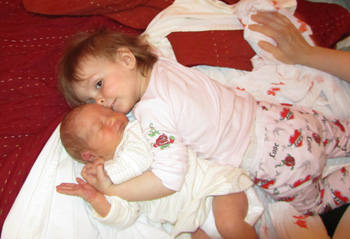 Yesterday, we officially announced our exclusive line of Handmade Chain. It’s a collection of big, funky chain styles that will be available in several metals (starting with antique copper). It’s awesome in person, and we know that sometimes it’s hard to get a feel for a product when you’re just looking at pictures online. So, I wanted to tell you about 2 things that we’re doing that we hope will make this experience better and more enjoyable!

1. We’re going to start showing all chain using wide pictures that let you see the pattern better. Right now, all the Handmade Chain pictures are like this, and we’re going to be transitioning all our chain pictures shortly to this new format. We think it’s going to be a whole lot easier to get an idea of what the chain will look like in your hands (or on your neck!)

That’s it! We hope these small things making shopping a whole lot better. Check it out, and let us know your feedback in the comments!

And the Grand Prize goes to…

… let’s get right down to business. Elaine aka Belly Chick is the winner of the 2010 Easter Egg Hunt Grand Prize, a $250 Gift Certificate to Lima Beads! Elaine found a total of 86 eggs, which qualified her for the Top 10 on the leaderboard and a chance to win the big prize. Congratulations, Elaine!

The Second Prize is a $100 Gift Certificate, awarded to Lara G, who finished tied for 61st on the leaderboard with a very respectable 76 eggs found. Congrats, Lara! We’ll be contacting both winners via e-mail.

We hope everyone had a great time during the hunt! A total of 97,553 eggs were found, and over 2,000 people found more than 20 eggs! Stay tuned for fun promotions in the future… we love having fun here!