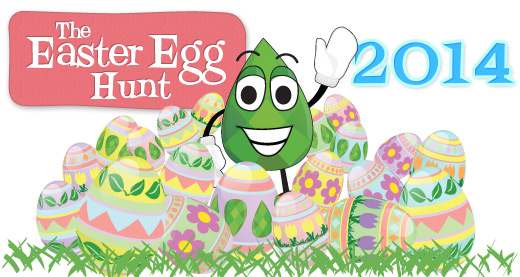 WOW, what a week! The 6th Annual Easter Egg Hunt at Lima Beads was egg-citing, eggs-hausting, and egg-ceptionally big. More eggs than ever were found by a record number of hunters, and we enjoyed all of the hilarious comments, e-mails, and facebook posts that poured in. And now, onto the important stuff…

Everyone that was on the Leaderboard at the end of the hunt gets a $20 Gift Certificate. Steve is sending out those e-mails today… if you’re on the Leaderboard, you’ll be getting yours in the next couple hours. It took a LOT of persistence to stay in the Top 100, and we admire you all!

The Grand Prize for a $250 Gift Certificate is awarded to one of the hunters in the Top 10 at the end of the contest by a random drawing. This year’s grand prize winner is…. Cynthia C! We drew her name out of a Twizzler container (we have a lot of those around here)… and you can check out the video on our facebook page. Congratulations, Cynthia! She hunted through thousands of pages from April 14th all the way up until the very end of the contest on Easter.

This year, we had a record number of hunters searching for those little diabolical eggs all over our website. The first egg was found 4 minutes after the contest officially launched, and the very last egg was found at 11:59am Pacific time with only 10 seconds left before the contest ended. Talk about hunting until the last minute! The egg that was discovered the most was the one right on the home page (of course)… and all of the eggs were found at least once.

We want to extend a sincere “Thank You” to everyone who hunted for eggs this year. We have a lot of fun putting it together, but you are the ones who make it all worth it. We know as well as anyone that time is very precious, and we’re honored that you chose to spend some of it (or, in many cases, a LOT of it) with us this week. THANK YOU!