The time has come for the 8th Annual Easter Egg Hunt at Lima Beads! We’ve been egg-xtremely hard at work this weekend hiding eggs all over the site… and we hope you have fun this year : ) Just like the previous hunt, we have $2,000 in gift certificates that we’re giving away to the top hunters! :) And, we’ve made some BIG CHANGES to the prizes this year… Read more below, or check out the Hunt Page to get started!

We’ve scattered 300 Easter eggs all over our website. The more eggs you find, the more prizes you get! We have a leaderboard to track the progress of all the egg hunters, and the top 100 hunters will all get gift certificates! The hunt lasts all week, and ends at 11:59pm Pacific time on Easter (March 27).

That’s right, we’ve upped our game… and hid 300 total eggs on our website (a hundred more than last year). We hope this shortens the time you have to hunt and peck between finding those blasted eggs

The biggest change this year is all about the prizes. This year, we have a big pool of prizes, and you use your eggs as currency to pick and choose your prizes. For example, if you find 10 eggs, you can pick a couple prizes… and the more eggs you find, the more prizes you’ll be eligible for! PLUS, we’re giving away a $20 gift certificate to every single hunter on the leaderboard when the hunt ends–just lke last year! Keep an eye on the leaderboard and read more about the prizes on the Hunt page.

Make sure to check out the FAQ on the hunt page… we’ve updated it this year to explain some details about where you will and won’t find eggs. There are a few small changes this year. We hope it makes it easier to collect as many eggs (and prizes) as possible!

We have detailed rules and some FAQs on the hunt page, so we suggest you check those out. There are a few things we want you to know, however. When you place an order to redeem your prizes, normal shipping rates apply (as low as $2 for U.S. customers). We have lots of great gifts this year, but we can’t guarantee they will all be available when the hunt ends on Sunday. So place your orders early to make sure you get the gifts you want!

What are you waiting for? Start hunting!

Comments are closed for this entry. 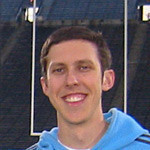