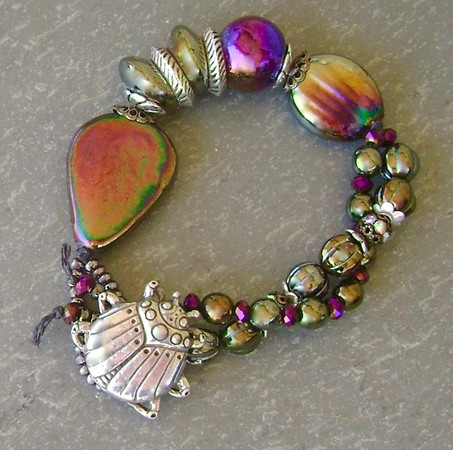 Anyone like Iridescent Beetles? I enjoy watching these colorful beetles in the summer, and am always amazed by their brilliant colors. I came across these glass beads and thought they would work well with the Green Girl Scarab button. So tell me everyone….how do you like these little fellows…..? 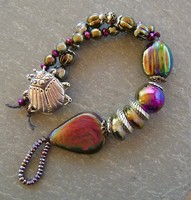 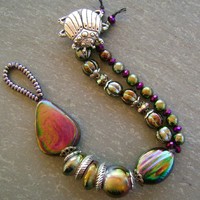