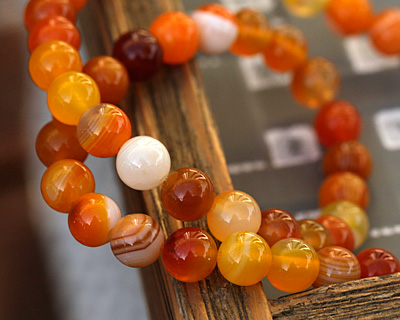 Here in Michigan, we're treated to a wonderful autumn color display each year, so we're partial to gorgeous combinations of orange and yellow! Bright and bold, these agate beads are just translucent enough to expose the natural banding pattern of the stone. The natural agate coloring of these strands has been enhanced via heat treating. Round 8mm is our favorite size and shape for bracelet making :)