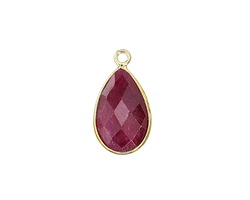 Set in gold-plated sterling silver, this dark pink to deep red teardrop sparkles from top to bottom. This drop adds elegant sparkle to any design.