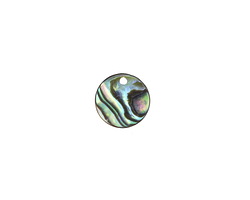 Attach this charm onto chain to create a simple necklace. Shop our silver chain. Please view the additional image to see the variance in colors and pattern.

Ready to shine? Abalone beads are a gorgeous, iridescent rainbow of electric blues, greens, grays and pinks on all sides. The beautiful colors are outlined by undulating lines of dark brown.

Abalone are a group of marine snails with flattened, spiral-shaped shells that live clinging to rocks beneath the ocean’s surface.

Metaphysically, Abalone shells are used to enhance calm and to encourage peaceful transitions. 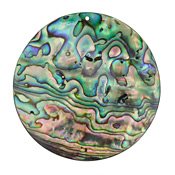 Under The Sea Earrings

I have a problem deciding which pieces to use. This necklace combination is another example of...