Follow the Crossword Sale for a new sale every day in January. The sale for January 22 is: Cork and Microsuede! 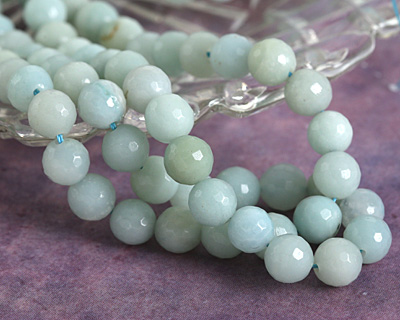 » More Amazonite or Faceted Round

Here's a cute way to turn a bead into a charm: wire wrap it with a head pin and pliers!

“Take Your Pick of Amazonite”
by Granny Nancy