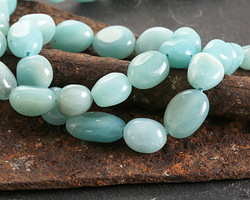 “A Trip Down the Amazonite”
by E Homewood