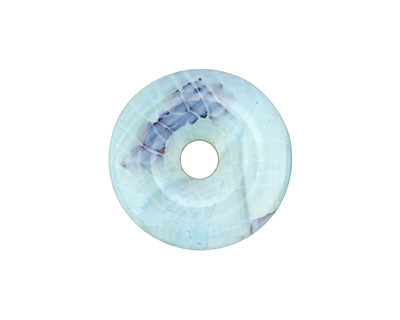 These donuts are produced using a process similar to Tibetan (Dzi) Agate. A combination of methods, including sanding, laser etching, and a bit of color enhancement create the amazing patterns you see on these beads. The patterns, textures, and colors are permanent.