Through Saturday: Use Code MERRYMAY to save on your entire order! Get the details. 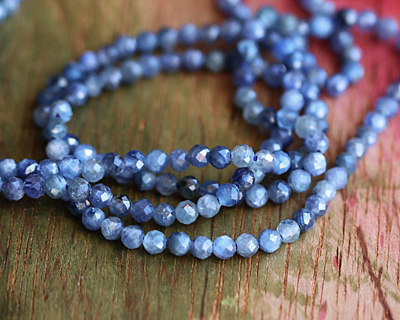 Kyanite reminds us of the varied colors of an ocean or our beloved Great Lakes. Kyanite gets its name from the Greek word kyanos, meaning “dark blue,” though kyanite is not always dark. In fact, it can naturally appear in a variety of blue and green shades, close to white or clear, and almost black. Because of the way that kyanite crystals are formed, these kyanite beads possess an internal woodgrain-like striation pattern that causes the stone to shimmer from within like fish skin (hey, it rhymes!)

» More Kyanite or Faceted Round

When I first saw this piece by Gaea, I immediately thought of making a necklace with my favorite...