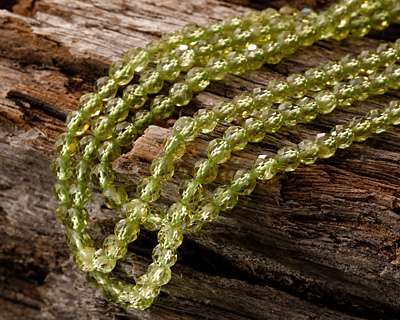 » More Peridot or Faceted Round

Heart shaped leaf charms turn this simple design into something sweet and special. Czech glass or...