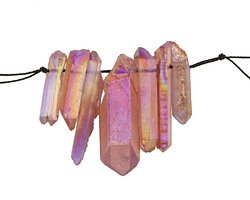 Please view the additional as it shows the variance in size, shape, and color.