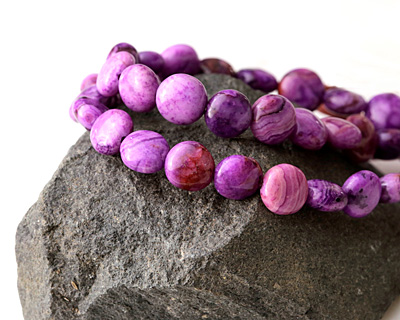 Purple Crazy Lace Agate has been color enhanced to produce the gorgeous purple color. Color enhancing crazy lace agate brings out the beautiful patterns that are naturally occurring in the gemstone. Agates are a variety of chalcedony, which is a form of quartz.