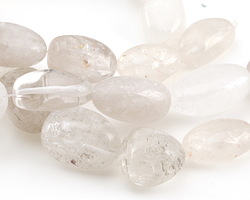 The stones have beautiful patterns and hues with natural imperfections. Please view all the images to see the variance of the nuggets.

A wall hanging is a great way to showcase these gemstone nuggets. I used quartz & different...