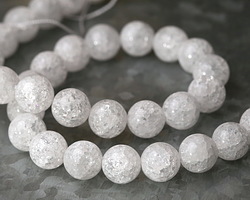 The amazing crackle effect is created when the rock crystal is heated to a temperature that causes the stone to crackle on the inside. The finished product is stable, durable, and has alluring patterns.