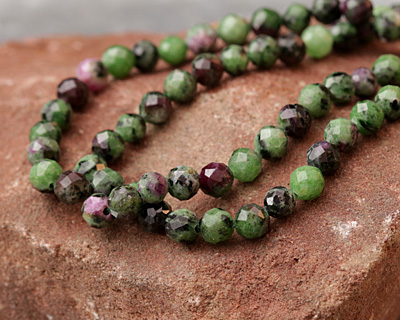 » More Ruby Zoisite or Faceted Round

“and Ruby is her name”
by MH