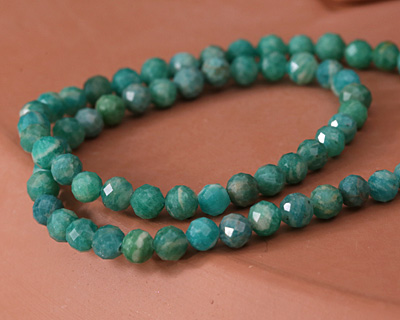 » More Amazonite - Russian or Faceted Round