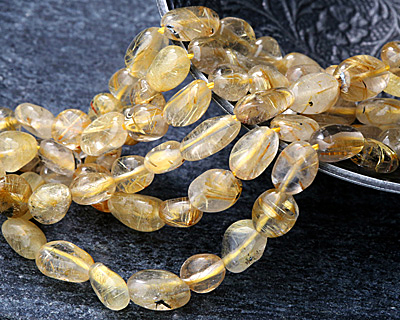 With golden rutiliations that catch the light, these pebble beads are sure to bring some sunshine into your life. 🌞 Add interest to beaded bracelets, layered necklaces, and more.

“beginning with mookaite”
by MH

“Smoke and Grapefruit”
by Creel U