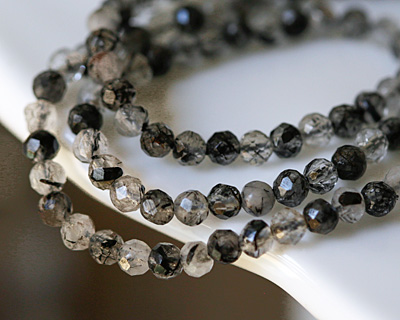 Add an eye-catching visual element to your designs with tourmalinated quartz. These little stones have a big impact! Perfect for adding to layered bracelets, or string several onto bead links on both sides of a larger focal.

» More Tourmalinated Quartz or Faceted Round