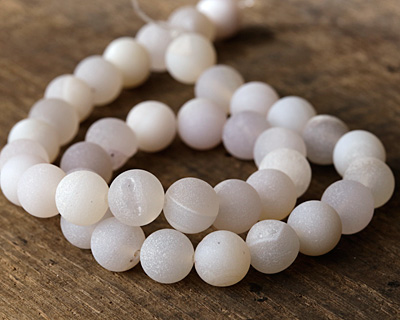 The color of fresh fallen snow, White agate gemstone beads look delicate and pure. White agates usually feature opaque and translucent banding. The name Agate is associated with the Achates River of Sicily, now known as the Dirillo River. Agate was utilized by ancient Greeks and Romans for decorative carving and arts, and examples from that time are still extant.

“It's all Greek to Me”
by Little Round Chick