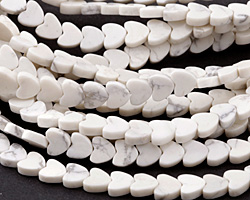 This is a modern Valentine's Day inspired necklace. I love using the carnelian tiny heart-shaped...

I love to stack bracelets, so this is my start to creating a cute bracelet bundle. I will be...