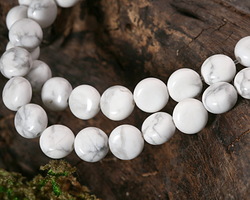 Similar to modern and minimalist marble, these howlite coins are perfect for stand-out designs. Create dramatic black and white looks, add a clean and bright appearance to bracelets, and so much more.