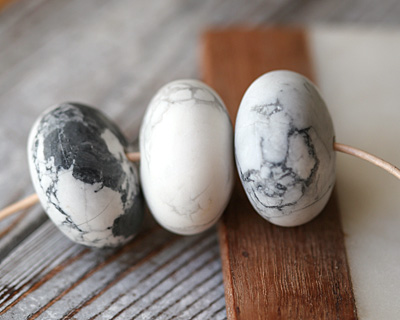 Big & bold gemstones - just how rockhounds like it! The pattern and color of these beauties is really showcased because of their size. These large rondelles look great as focals. Try laying these stones flat and creating a bail from wire or ribbon for a modern focal style! The large hole size allows for easy stringing onto leather or cotton cord.