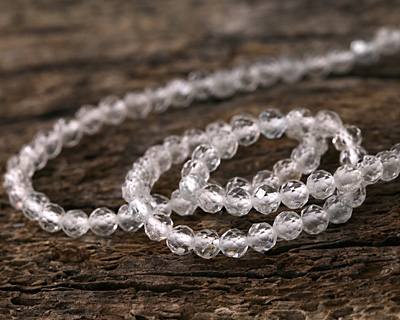 Topaz gemstone beads are absolutely stunning! At times, wearing topaz gemstones was restricted to royalty. Topaz is named for Topazos Island (now Zabargad Island) located in the Red Sea between modern day Egypt and Saudi Arabia. Once the name given to any yellowish gem, the name Topaz evolved to include only this specific stone type. Topaz comes in a rainbow of color options, and can also be colorless or ever-so-slightly tinted.

Topaz is a silicate containing fluorine and aluminum. It is often mined in Brazil, but can be found all over the world.

» More Topaz or Faceted Round

“Votes for Women!”
by 2GreytHounds

“Hecate's Bliss”
by Creel U