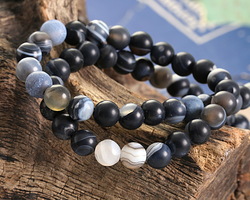 “The Desperate Faces”
by Granny Nancy