Save BIG today only... Shop Sunday Doorbusters and save up to 60%! Shop Now 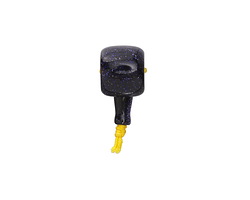 Legends state that Goldstone was first created by accident in 17th century Venice. A Venetian monk accidentally spilled copper shavings into the molten glass he was producing. He tossed out this mistake, only to return later to a beautiful, shimmering glass product we know and love today. The truth is that Goldstone is at least several hundred years older than the Venetian variety. However, Goldstone certainly spiked in popularity during the Renaissance. Goldstone is also known as Monkstone, Stellaria, and Aventurine glass. Looking at Blue Goldstone is almost a magical experience - the midnight blue color and metallic sparkle remind us of a vivid night sky.

Blue Goldstone is actually glass created at very high temperatures and mixed with copper or other metallic materials, such as chromium oxide, cobalt, or manganese.

Metaphysically, goldstone is said to assist in ambition and is often associated with empaths. 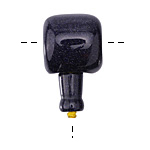