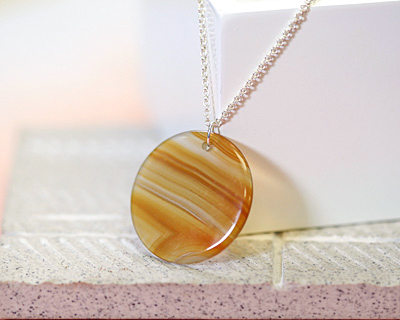 Soft hues of golden yellow, caramel, and ivory streak and striate these coin focals. Each focal is unique - some coins have delicate dashes of color while others are boldly patterned. Lightweight enough for earring use, these pendants can also be strung on leather cord or hemp. Please see additional photos for variance in color and pattern.

I love coming up with new designs for seed beads, and I especially love all of the new colors we...