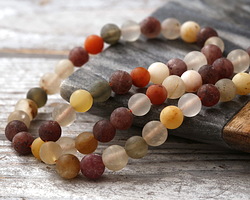 “Leo in gold and brown#379”
by christinaamatoma