Save 15% on ALL regular price items with code YAMS + Choose a FREE Gift with Your Order! 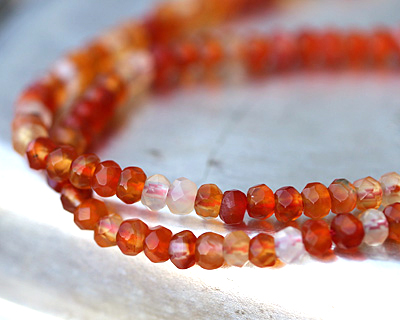 Vibrant, versatile red-orange beads perfect for use in earring designs. Also ideal for cute, simple necklace focals - string several together on a bead link, add chain, and voilà! You have a classic-looking design.

This necklace looks complex, but is actually super easy to make- just a series of graduated bead...

“Changing of the seasons”
by BevB